Why did you make this costume?

After wearing my Cortana costume for 3 years of conventions, I decided it was time to retire the outfit and move on to a new Halo costume. I tried to make Halo Armor once before, but after an epic failure in its construction I was hesitant about trying armor again. After much convincing, I decided it was time to give it another try and set off to make Halo 4 Recon Armor.

How was it made?

During my time cosplaying as Cortana, I learned a lot of tips and tricks about armor construction from the 405th. The biggest tip I learned was the benefits of using EVA foam. In my first armor attempt, I tried to make the costume using fiberglass and bondo. This however made the armor very heavy and easy to break (the chest piece broke in half just from the slightest bit of movement, hence the epic failure). Many in the 405th prefer EVA foam over fiberglass because it makes the armor light weight, flexible, and easy to repair while at a convention. Perfect!

I had never worked with EVA foam before, so my first step was to learn how others had constructed their armor using this method. Luckily, my good friend Ben Choy had made a whole set of tutorial videos on his YouTube channel. 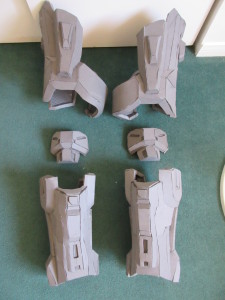 Once I had an idea of how to start my foam construction, I perused the 405th Pepakura File Archives to gather the files needed for my build. After adjusting the size of the files, I then traced the parts out of foam, cut them out, and pieced them together with hot glue like a giant 3D puzzle. Once a piece was assembled, I used light weight Spackle to seal the cracks and then covered the part with Plasti-Dip. After that it was ready for painting.

This all may sound easy, but it was a very time consuming process. Not to mention the learning curve along the way! Here are a few tips I learned during my build: 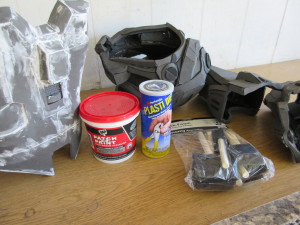 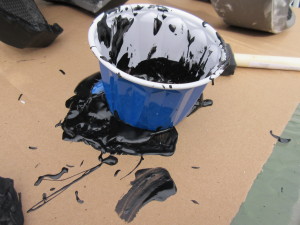 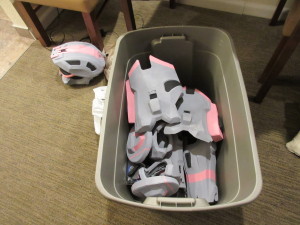 Final thoughts on the costume? 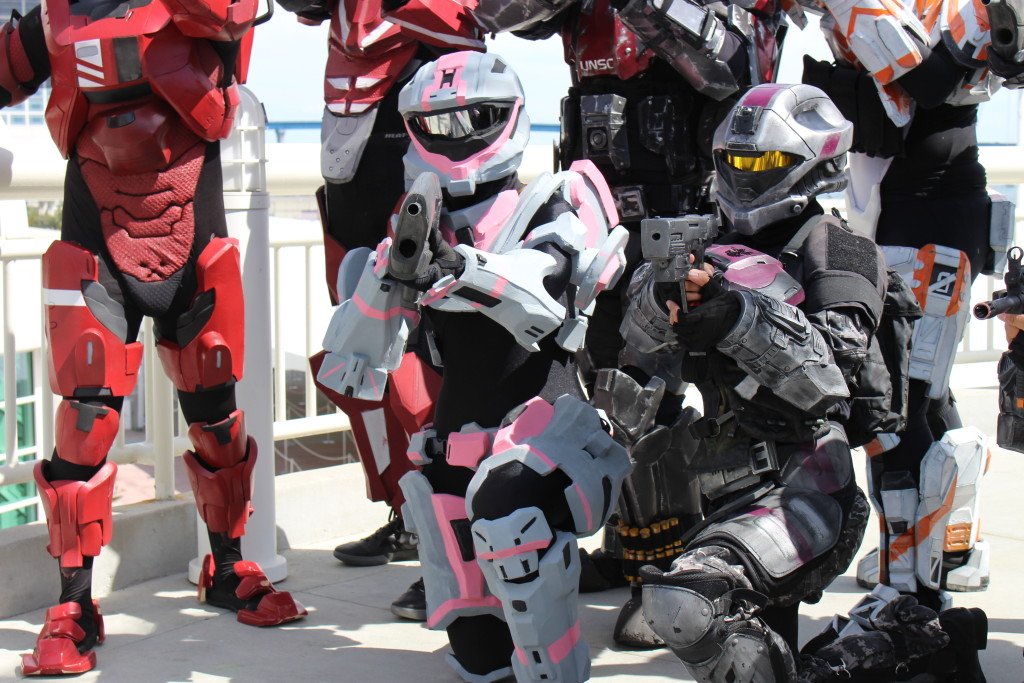 Over all, I was really happy to successfully complete my armor. It turned out really good considering it was built in 2 weeks! It literally was a sweat shop at my house, there was no sleep during this time. But I was determined to have the costume done in time for San Diego Comic Con.

I will say thought that I am not entirely happy with the costume because of the rush I was in to finish. There were a lot of things about the costume that I could have done better had I had more time.

But like many others in the 405th, I already have my eye set on a new set of armor. Hello Halo 5! I haven’t decided yet what the next armor I build will be, but I can tell you that I plan to install fans in the helmet this time!

For more pictures of how I built this armor, take a look at my Photo Gallery.