Why did you make this costume? 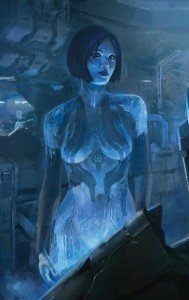 Halo was one of my favorite Xbox games growing up, and Cortana was such a sassy and interesting character that I quickly became a fan of her. I had planned to make a Cortana costume for a while, but when Halo 4 was announced and we got a sneak peek of her new look for the game, I was inspired to make the costume. My plan was to have the costume ready for Halo 4’s Midnight Release on November 6, 2012.

How was it made?

One of my first steps in making the costume was to look at how others had made their Cortana costumes. After browsing the 405th, I came across Hyokenseisou’s Cortana costume. Her step by step progress updates helped to guide me in making my costume.

The next step (and probably most challenging part of the project) was to get reference pictures. Halo 4 was months away, and there were very few images of Cortana’s new look. In fact, I couldn’t find anything which showed detail  of her below the belly button. I decided to just begin working on parts of the costume that I had good reference pictures for, and leave the other parts for later in the hopes that 343 Industries would release more video footage of her as the release date got closer (which they eventually did). 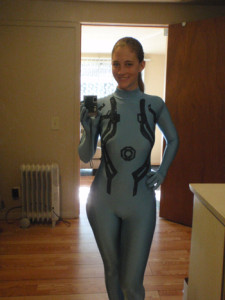 I started to make the costume by first buying a spandex body suit in a light blue shade. Next, I used painters tape to mask off the areas that I wanted to paint. I then worked on painting the costume one section at a time, beginning with the front. To paint, I first used a blue fabric paint. Once that dried, I painted metallic glitter paint over the blue detail. For the finishing touch, I used a silver 3D paint to create the data stream look Cortana has.

After painting the costume, the next step was working on her wig. I bought a blue/black wig from Ebay and then cut and styled it to resemble Cortana’s hair. I also added blue hair tinsel to the wig to give it a data stream look as well.

The last step was probably the most fun, finding the right makeup and shoes for Cortana. For shoes, I wanted to look like Cortana was floating, so I bought a pair of 6″ clear platform heels (I also bought a pair of black flats to wear for walking to and from events). For makeup, I watched makeup tutorials by Hyokenseisou and Emmabellish. I then bought an assortment of makeup to match the color scheme of my costume. SillyFarm Supplies is my go my go-to place for costume makeup. And lastly, I bought a pair of colored contact lenses in the brightest shade of blue I could find.

Final thoughts on the costume? 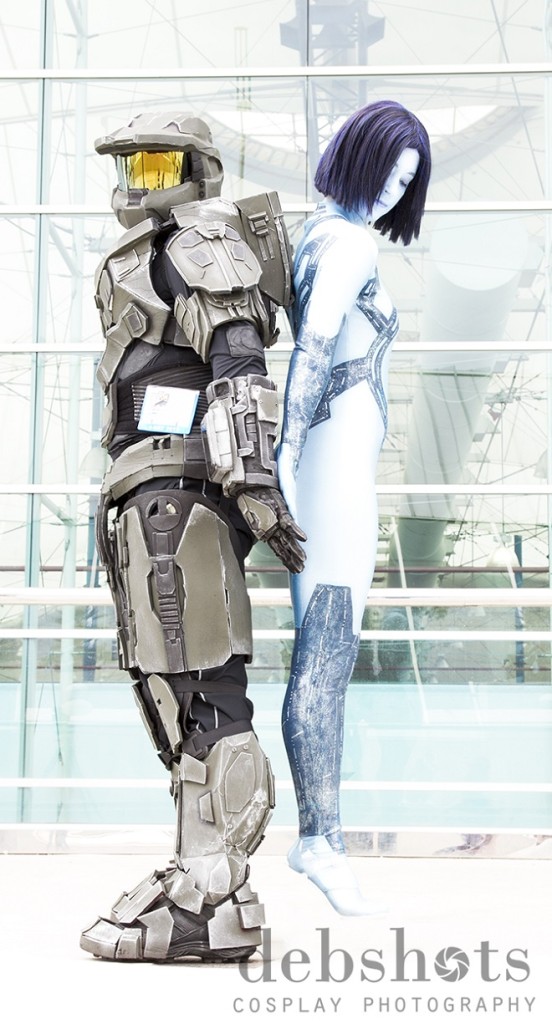 I LOVE this costume. I was so sad to retire it this year because it was one of my favorites. I may try to make the costume again some day. If I do, there are a few things I would do differently. First of all, I would try to get a handless bodysuit. Eating while at con’s became a hassle because I couldn’t touch anything without getting my costume dirty. Speaking of eating, the water based makeup gives it’s own set of complications when it comes to eating, drinking, or even having a runny nose… I was constantly needing to touch up my makeup. I am currently in the process of finding a better face paint for future costumes; so if you have any suggestions, let me know!

For more pictures on how I made this costume, take a look at the photo gallery. 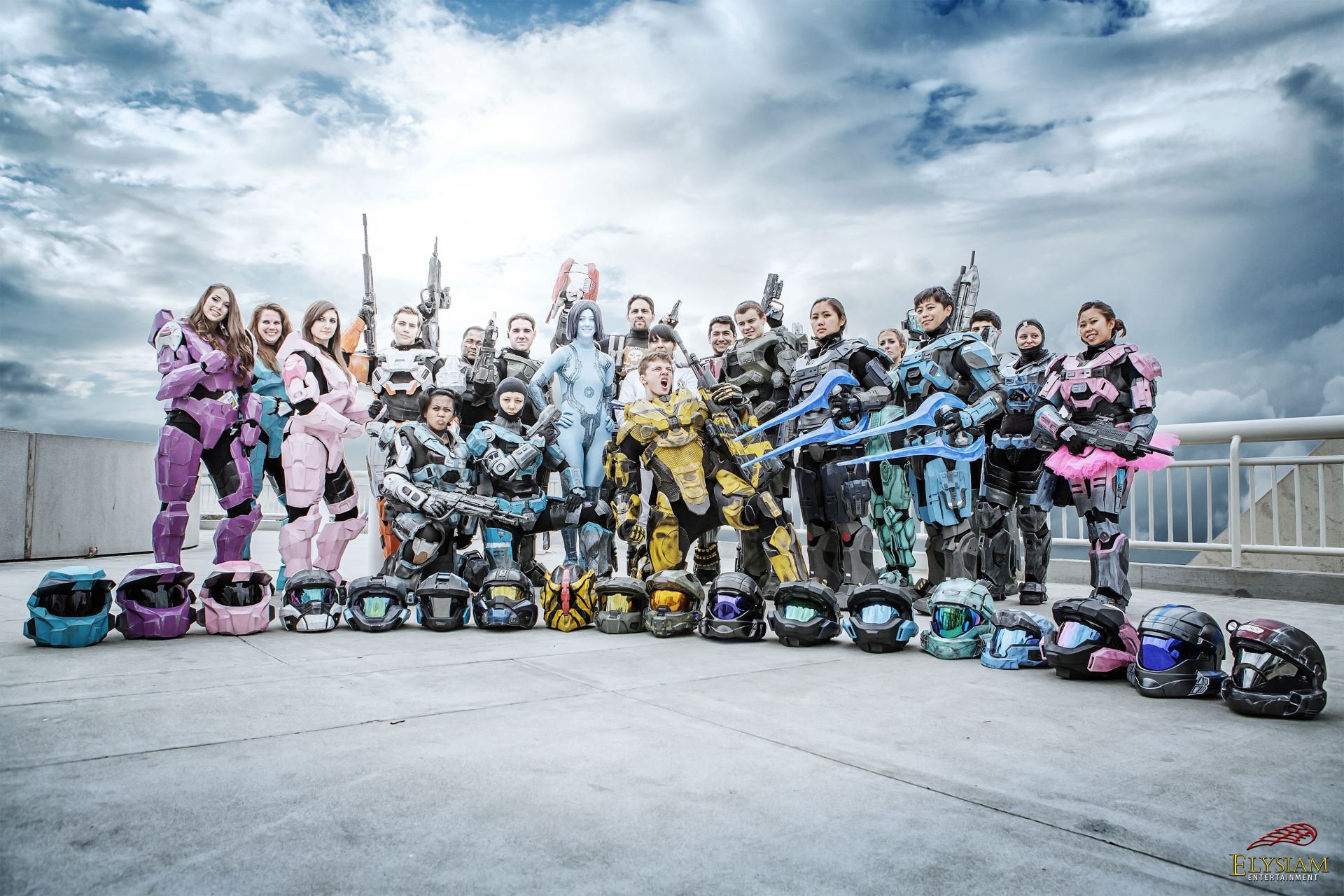